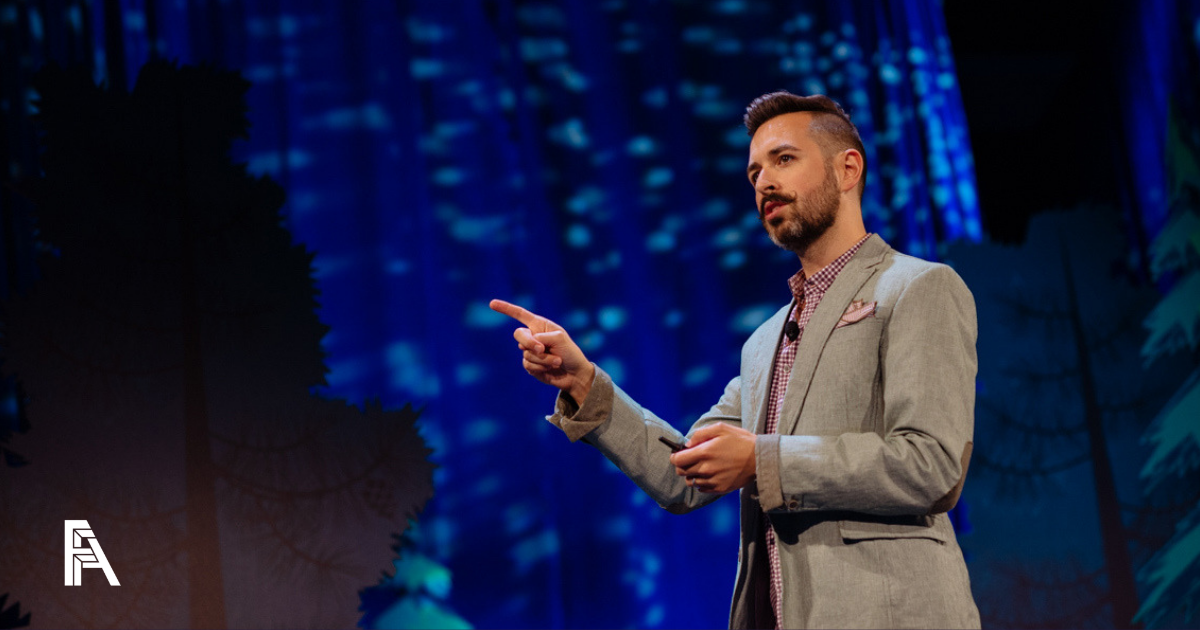 Rand Fishkin is the Cofounder & CEO of SparkToro. When we first sent him this questionnaire, he responded to one question with a lengthy excerpt from The Tempest, by Shakespeare (we did not include it here, but if you email us, we’ll send it to you), which gives you a glimpse into his character – approachable, authentic, playful. He’s excited about the trend towards alternative forms of investing, and watches out for opportunities that match his values, in sectors he understands – he’s also proud of his investment in Backstage, as they’ve helped so many people whom the rest of the investment market has foolishly ignored.

Tell us about the professional journey that took you where you are today. What major lessons did you learn along the way?

I dropped out of college in 2001 to work with my mom’s graphic design business, building websites. Over the next 10 years, we transformed into an SEO consultancy and then a software business. I became CEO, raised two rounds of venture capital, and grew that company to $30M in annual revenue before stepping down in 2014. In 2018, I left to start a new company — SparkToro. There are far too many big lessons to count, but a couple that I’m particularly passionate about are: 1) Kindness > everything else. I want to work with and be around people who are kind to each other, to customers, to partners, and to the world. That’s a prerequisite above and beyond any other competency, and kindness is a superb predictor of long-term success, too. 2) If everyone else is doing things one way, there’s great value in finding alternative paths. That goes for funding (VC isn’t the only path), for product strategy, for marketing, for branding, for how you hire, all of it.

Who are your role models and why?

I’ve been really impressed by folks who can not only create a business, but also a movement that changes people’s minds and builds something bigger than themselves. Mara Zepeda and Jennifer Brandel’s Zebras>Unicorns movement, Courtland Allen’s Indie Hackers, Rob Walling’s TinySeed Fund, etc.

What does a typical day look like for you?

I often have 2-3 phone calls, maybe a webinar or podcast I join as a guest, and some SparkToro demos. I work from a shed out back of our house that I’ve termed “ShedToro.” My wife and I have a very active social life, so we’re probably hosting guests or going out somewhere for dinner 3-5 nights a week, and sometimes all 7. I also travel for work quite a bit to speak at conferences, which can get exhausting, but it’s also a wonderful way to meet great people and learn more about what they’re facing and how we can help.

What are the major trends you are seeing in your space?

The biggest trend in web marketing is the death of the click. Google, Facebook, Twitter, LinkedIn, YouTube — you name it — they’re trying to hoard traffic, become walled gardens, and limit organic traffic out (preferring to charge for such clicks, rather than link out as they did in the first two decades of the web). My hope is that a combination of good marketing, nudging user behavior, and perhaps the threat of action from a government and public that’s waking up to the consequences of monopolies controlling the web might halt that backslide.

What are you most excited about these days?

I’m truly excited about launching SparkToro. It’s been almost 18 months since we started the company, and we’re 6 weeks into the beta test. The feedback’s good, the crowd seems excited… Feels like we might actually be onto something. As any entrepreneur knows, that’s a dangerous time, but also a really heart-pumping one. Fingers crossed!
Catch Rand in an upcoming FFA Forum – be sure to sign up for our newsletter to stay in the loop!