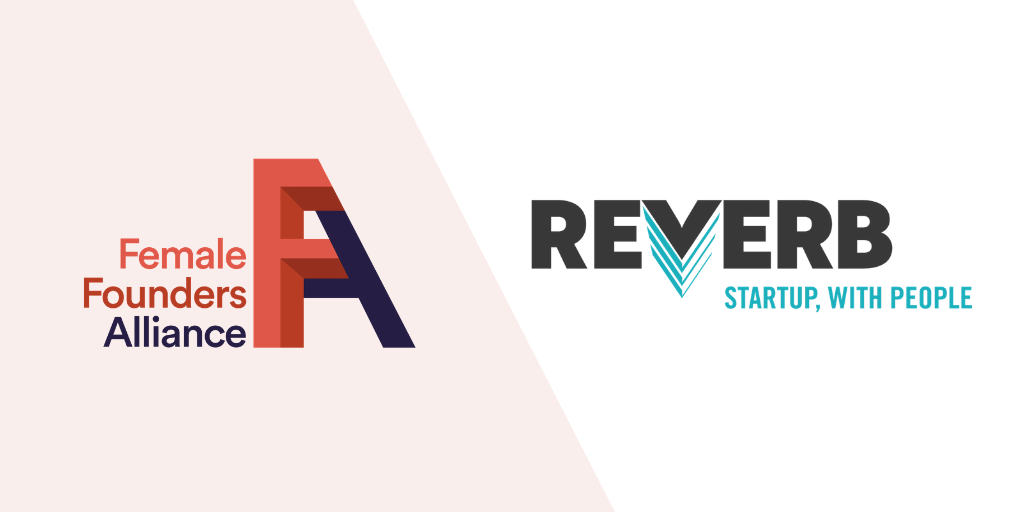 Sold-out event celebrated more than 300 individuals and organizations who were nominated as champions for gender equity. More than 1,000 voters helped to select winners in seven categories.

SEATTLE – April 5, 2019 – The Female Founders Alliance, dedicated to accelerating the success of highly-scalable startups led by women and non-binary founders, and Reverb, providing flexible, stage-appropriate consulting services to growing companies, partnered to celebrate gender equity champions at a sold-out event on April 4 at the Pacific Science Center. The Champion Awards were created originally by FFA to highlight the good work being done to help correct the dramatic gender gap in venture capital, only 2 percent of which was invested in women-led companies in 2018. This year, the intent was to expand to recognize champions of gender equity across sectors and identities.

“In a world that seems set on dividing us, the Champion Awards is intended to bring us together for one night a year to acknowledge the important work being done to ensure that the gender makeup of people starting and leading businesses is reflective of the world that we live in,” said Leslie Feinzaig, Founder and CEO of the Female Founders Alliance. “We need to shine a bright light on the people and organizations doing the work.”

Finalists were chosen by a Selection Committee made up of prominent investors, CEOs, media and executives from the more than 300 nominations submitted by the community. Over 1000 people in the Puget Sound voted for the winners. The Selection Committee also chose seven honorees to receive Unsung Hero Awards, in addition to the winners recognized in the six other voting categories

The following winners were announced at the event:

The Advocate: The advocate is an individual or organization who uses their public platform to promote and advance women’s causes.
Winner: Julie Pham, PhD, Vice President, Community Engagement & Marketing, WTIA

The Company: This organization has created a work culture that supports and advances women, forging meaningful outcomes for its employees that run counter to what’s typical in its industry as a whole.
Winner: Molly Moon’s Homemade Ice Cream

The Founder: The founder has persevered in the face of adversity to launch and grow a business. This is a peer award that was voted on by the members of the Female Founders Alliance.
Winner: Karen Okonkwo, Co-founder, TONL

The Investor: The investor has literally put “their money where their mouth is” when it comes to investing in women- and non-binary-led businesses and helping founders succeed.
Winner: Yoko Okano, Angel Investor & Founding Member, Grubstakes

The Role Model: The role demonstrates what is possible for ambitious women. She is someone with a long trajectory, demonstrated integrity and leadership in her field, who inspires other women to strive for greatness.
Winner: Jill Angelo, CEO and Co-founder, genneve

The Sponsor: The sponsor leverages their network and resources to help the women that they mentor advance and succeed in their career.
Winner: Shellie Willis, Founder, Redefining You Foundation

Unsung Heroes: Often working behind the scenes, these are the champions who uplift women entrepreneurs every day. They provide opportunities, support, and mentoring. They excel in delivering others into the spotlight. The seven recipients announced at the Champion Awards are:

“We were thrilled to co-host the Champion Awards, because we believe in FFA’s mission of creating real opportunity for women and nonbinary founders,” said Mikaela Kiner, Founder and CEO of Reverb. “We know based on data that diverse and inclusive organizations outperform their peers, yet women are still underrepresented in leadership roles. What’s special about the Champion Awards is that it’s a way to recognize people – role models, advocates and allies – who have made an impact by standing up for what they believe in, even and especially when it goes against the status quo. It’s an excellent reminder that regardless of our roles, each of us can take action and make a difference.”

About Reverb
Reverb is a Seattle-based HR consulting firm that provides flexible people operations to startups and scale-ups. We begin every engagement with a Compliance to Culture Assessment to help determine what you need and help you prioritize. From hiring your first employee to developing new managers and coaching executives, we’ve got you covered. Our purpose is helping companies create healthy, inclusive cultures that engage and inspire employees. Reverb is a certified woman owned business. Learn more at https://reverbpeople.com/. Follow @ReverbPeople, https://www.facebook.com/reverbpeople/ and @SeattleHRCollective.

About Female Founders Alliance (FFA)
FFA is a community of women and non-binary startup founders and CEOs, and the community that supports them, who work together to help each other succeed. They envision a world where women have a truly equitable chance at leadership. The Alliance’s mission is to create an investable pattern of success among female-founded, female-led startups by connecting every female founder in North America, focusing on business-accelerating actions, and incentivizing all founders in the network to amplify and accelerate each other’s success, thereby achieving exponential results. Learn more at www.femalefounders.org. Follow @2point19, https://www.facebook.com/femalefoundersalliance/ and #FFAChamps.