Our mission is to accelerate the success of venture-scale, women and non-binary founded companies. 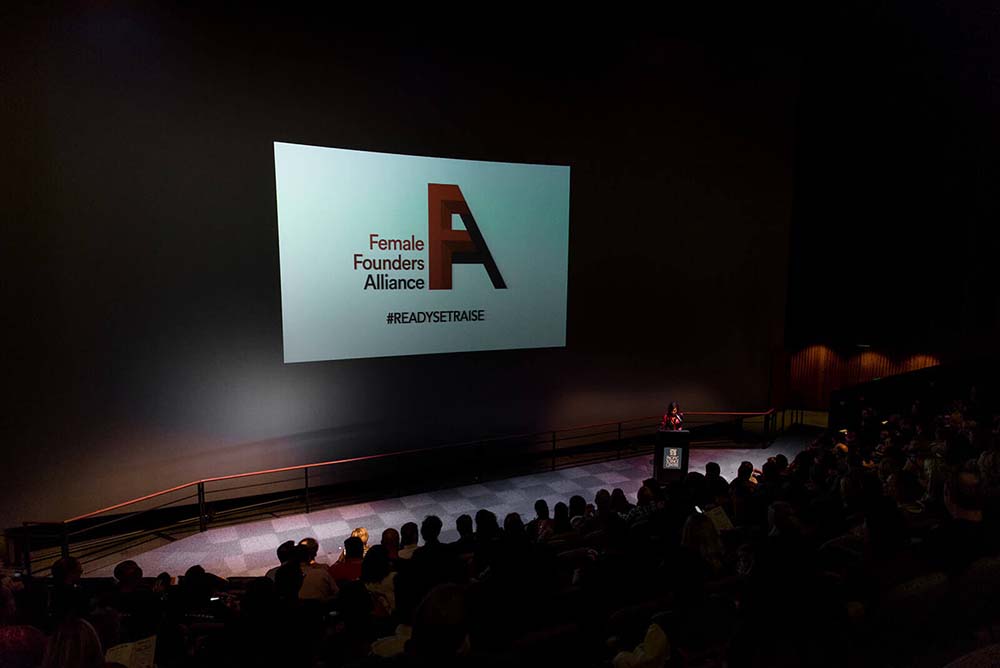 Our mission is to accelerate the success of venture-scale, women and non-binary founded companies.

We envision a future where the demographic makeup of business owners and leaders is reflective of the world. 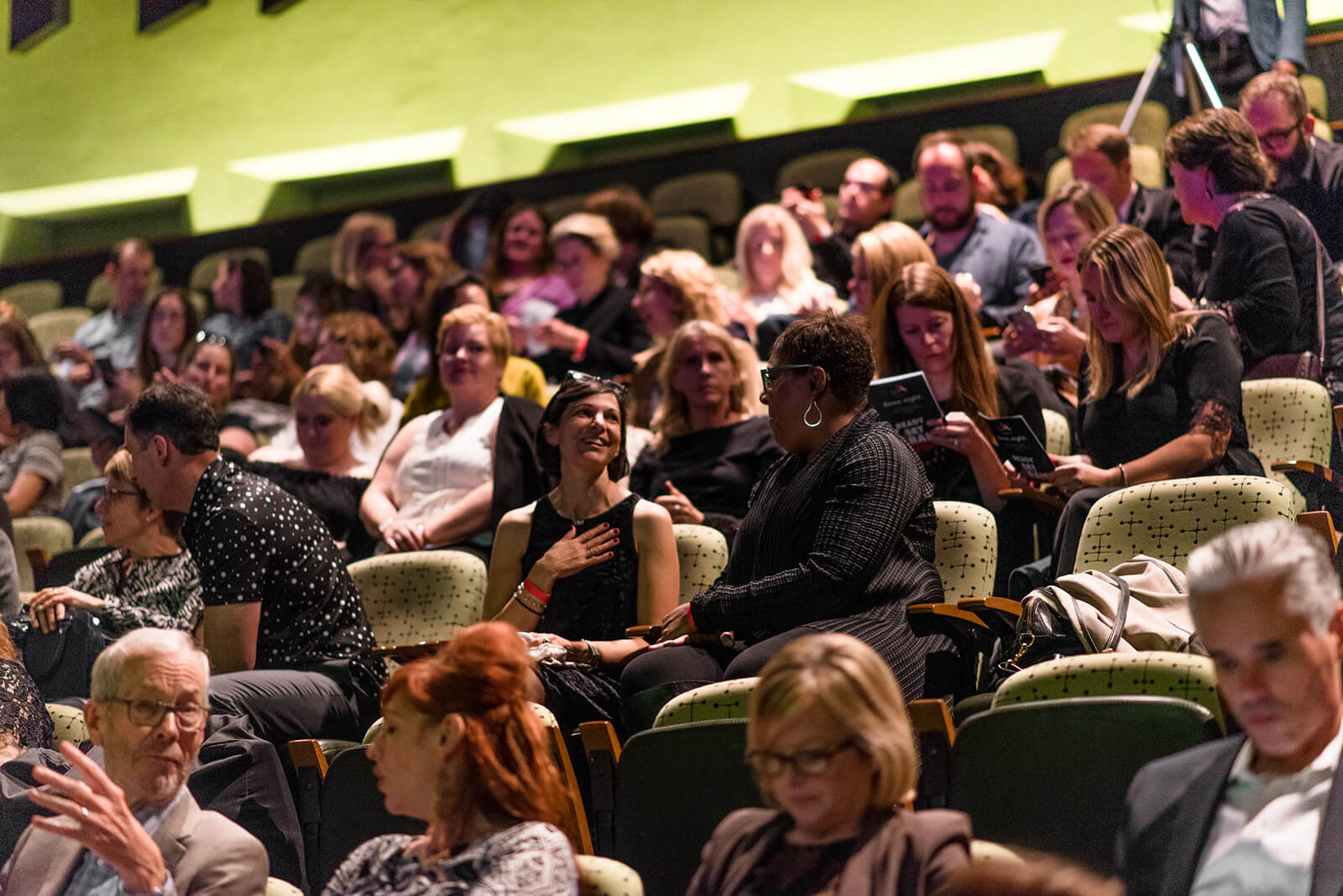 We envision a future where the demographic makeup of business owners and leaders is reflective of the world.

The Numbers Have to Change 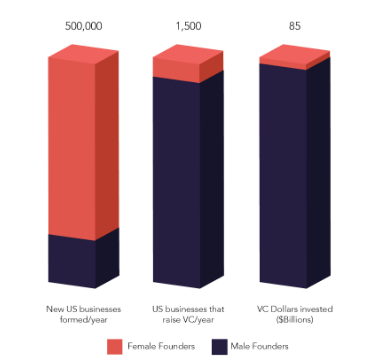 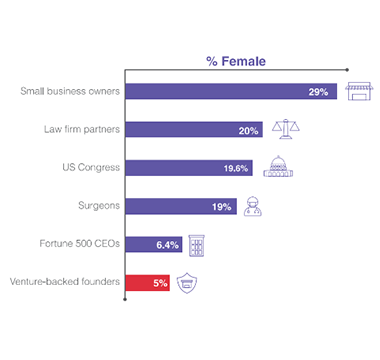 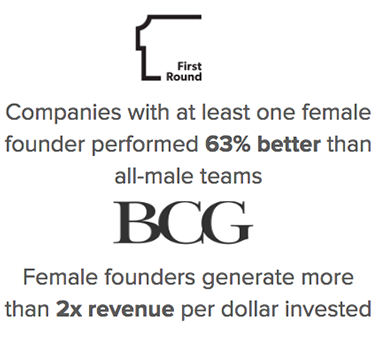 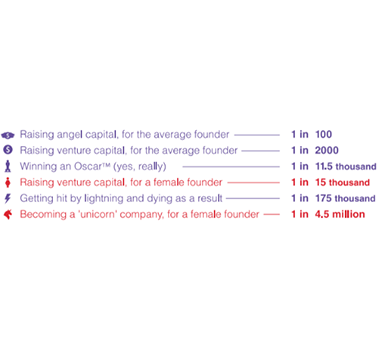 In February 2017, founder Leslie Feinzaig hit a wall. She’d been pitching her ed tech startup in all the right places, showcasing organic growth and enviable customer testimonials. But something felt off. Her founding experience was nothing like the male CEOs she had advised and mentored through the years.

One day, on instinct, she started a Facebook group for current, active, venture-scale female founders only – founders who were on the same journey she was. This select group started sharing tips and introductions and inviting their fellow founders to join. Soon, this grassroots yet curated community grew beyond the bounds of Leslie’s Seattle, WA homebase. It was clear this was something special. That’s how the Female Founders Alliance was born.

FFA was later incorporated as a Social Purpose Corporation, and began admitting founders from across North America to its online founders network in early 2018. That same year, FFA launched its innovative accelerator designed by female founders, for female founders, with the mission of helping a select group of women CEOs raise their first round of venture financing.

Today, FFA counts thousands of companies from 30+ states in its founders network, and tens of thousands of individuals in our extended community. In 2020, we continue to leverage world-class partnerships and expand our programming even more to reach women and non-binary founders everywhere they are. Whether you’re a founder, an investor, or just someone who wants to stay in the know, we hope you’ll join us!

Why We Do What We Do 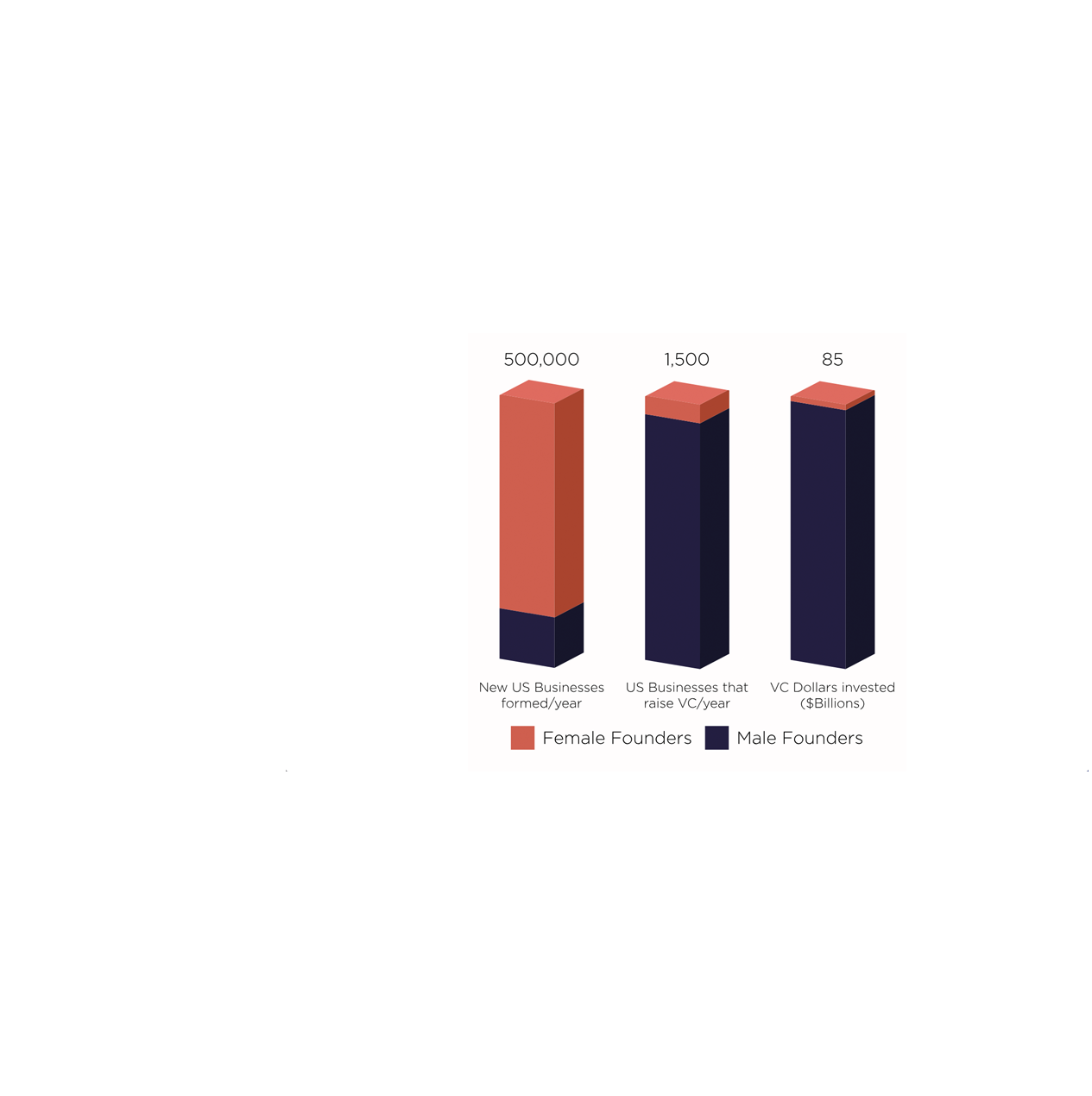 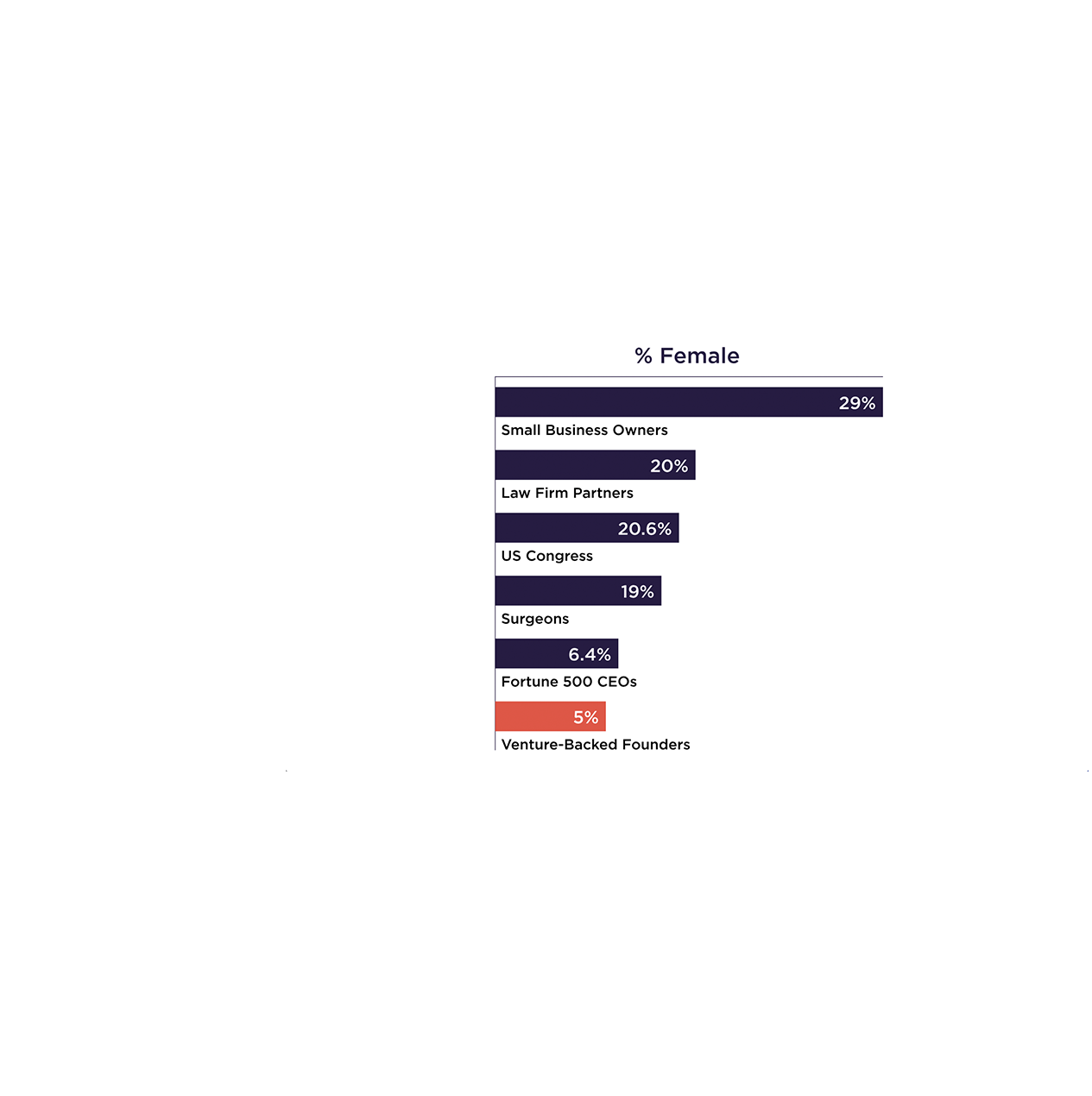 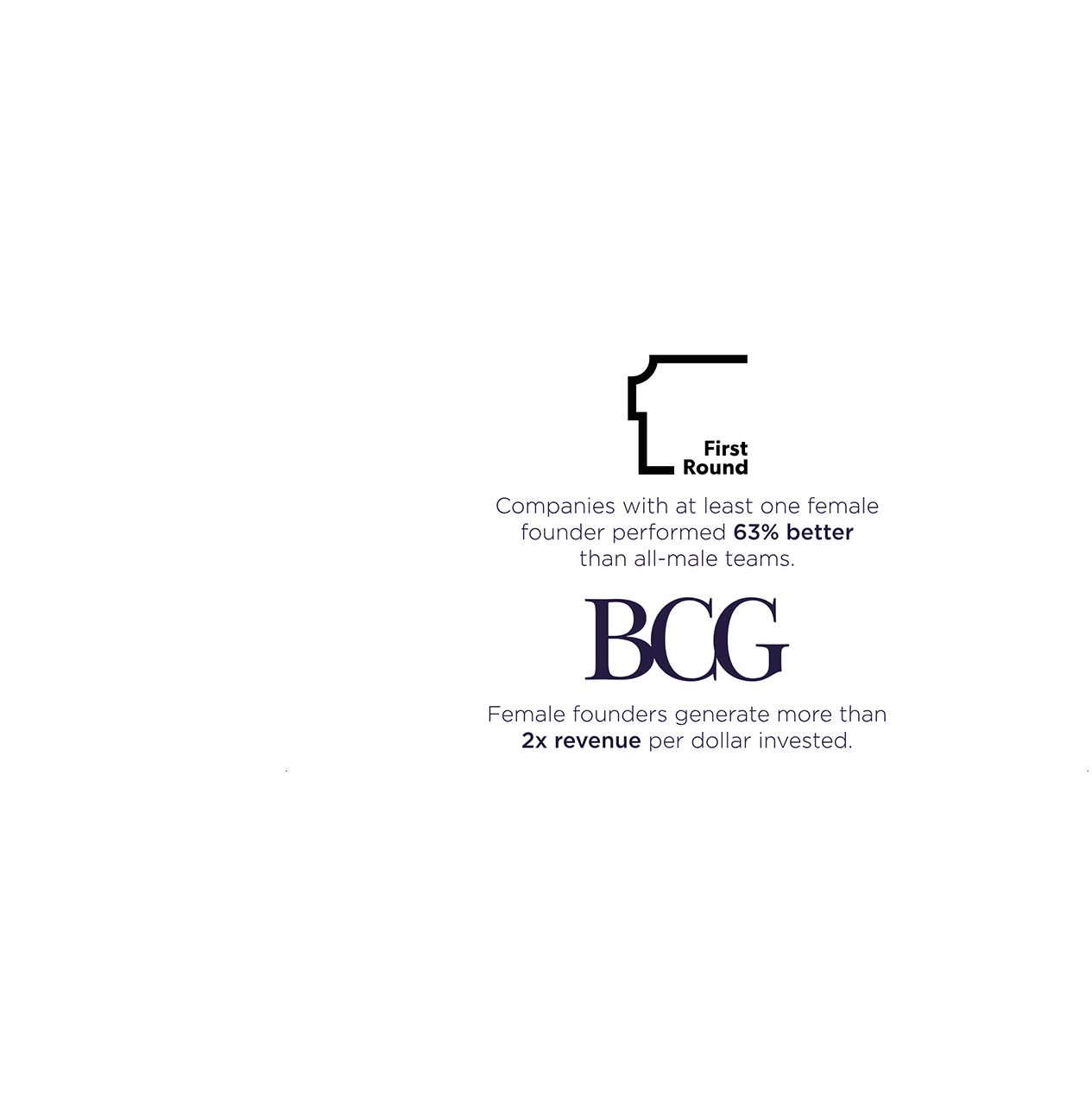 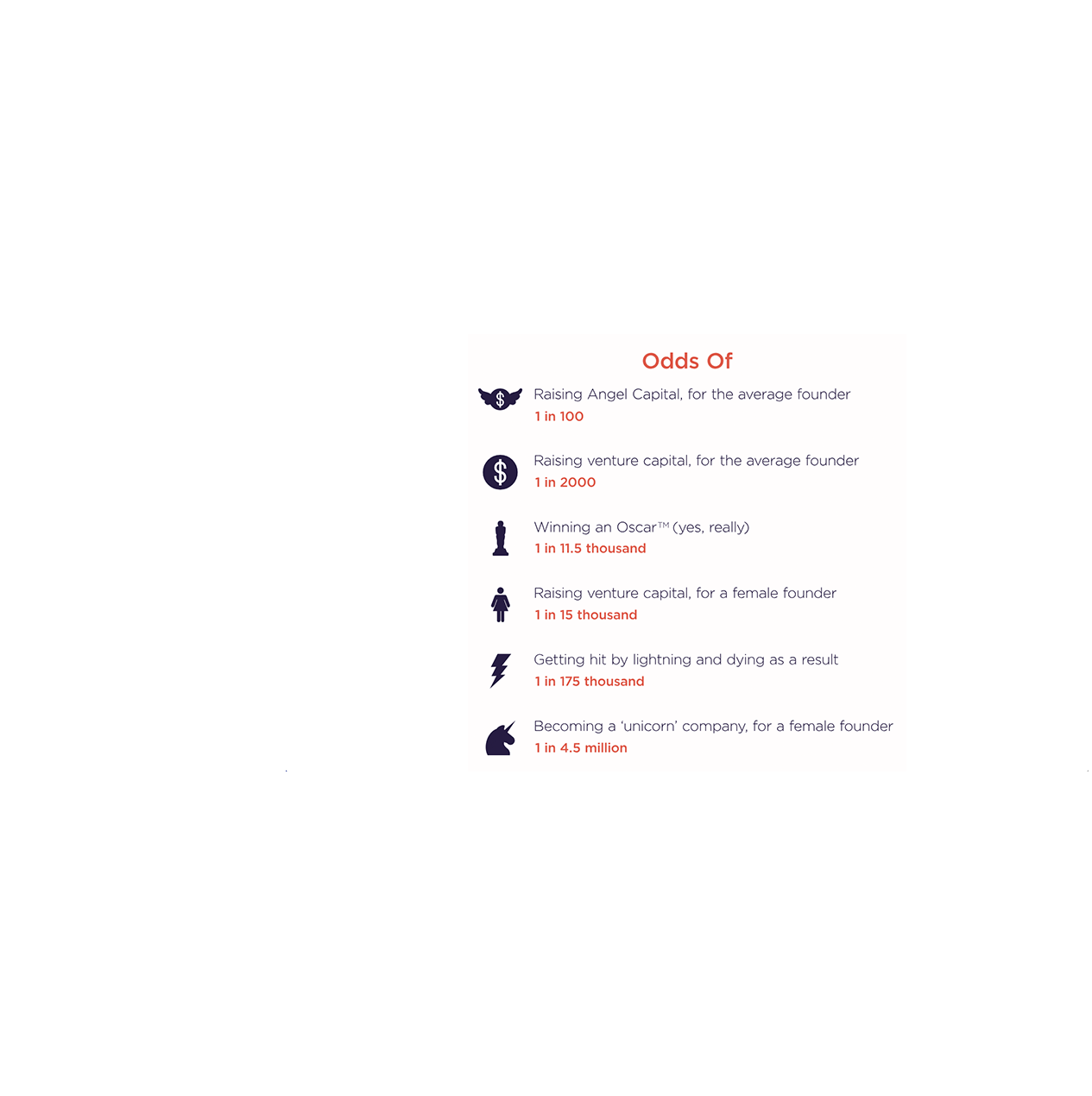 Build your Career with us 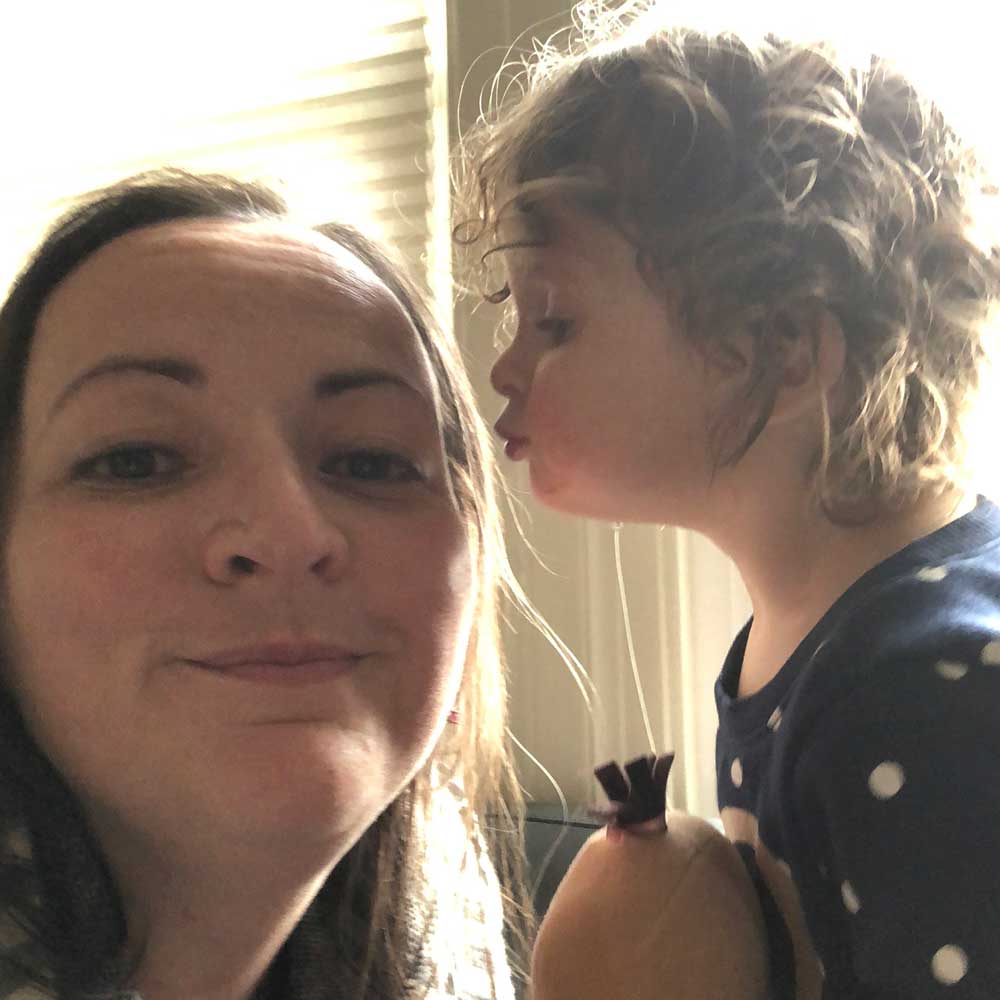 Leslie Feinzaig was born and raised in San Jose, Costa Rica, where her family — and her heart — still live to this day. She’s the granddaughter of Holocaust refugees who were refused entry into the U.S. in the 1930’s. Through generations, her family leaned on entrepreneurship, hard work and education to settle into their new home — values that, until recently, were mostly reserved for the males in the family.

After attending a British school in Costa Rica through elementary and high school, Leslie was fortunate to be admitted to the London School of Economics, where she learned about economics, sociology, business and labor relations, and graduated with honors. Her senior thesis was entitled “Women’s Preference, Women’s Choice: An Analysis of the Forces Behind Gender Inequality at Work.”

Having failed to secure a visa to work abroad, in the midst of the dot-com bust and the aftermath of 9/11, Leslie returned home. Her first job — outside of working for the family business — was as an analyst at Procter & Gamble. Even at this renowned multinational company, her first paycheck was well below Costa Rica’s minimum taxable income. In the years that followed, despite earning promotions and awards, that paycheck never got much higher.

In 2005, Leslie was admitted to Harvard Business School and awarded a full scholarship from that institution. The opportunity and experience were life-changing. Following graduation, she joined HBS Professor and Innovator’s Dilemma author Clayton Christensen at his consulting firm, Innosight, were she advised clients on innovation and growth strategy. She later held product leadership roles at Microsoft’s Online Services and Xbox divisions.

After securing permanent residency in the U.S. — and with it, the ability to switch jobs and join smaller companies — Leslie moved into tech startups. She led product management and marketing at Big Fish Games, going into their $1 billion acquisition. She then joined Julep Beauty, an Andreessen-Horowitz backed ecommerce startup, leading product management, front-end engineering, and digital marketing. She left Julep in 2015 to start her own company.

The following year, when her daughter was 6 months old, Leslie launched Venture Kits — games that develop leadership skills through play. Her one-of-a-kind, inspirational concept quickly garnered critical acclaim and customer love. The experience of raising capital for this company, coupled with the realization that only two percent of venture capital is invested in female founders in the US, propelled Leslie to start the Female Founders Alliance in 2017.

Today, Leslie leads FFA full time, dedicated to her personal mission of creating a more just world for her daughter. She was named one of Forbes Magazine’s 100 Most Powerful Women from Central America & the Caribbean, Seattle Magazine’s Most Influential People, and Puget Sound Business Journal’s 40 Under 40. She’s a frequent speaker at events like TEDx Pura Vida, SXSW Interactive, Geekwire Summit, NW Angel Capital Conference, Seattle Magazine’s Daring Women, and more. Her writing has been featured in publications like Forbes, Entrepreneur, and AllthingsD. She lives in Seattle, Wash. with her husband and 3-year old daughter. 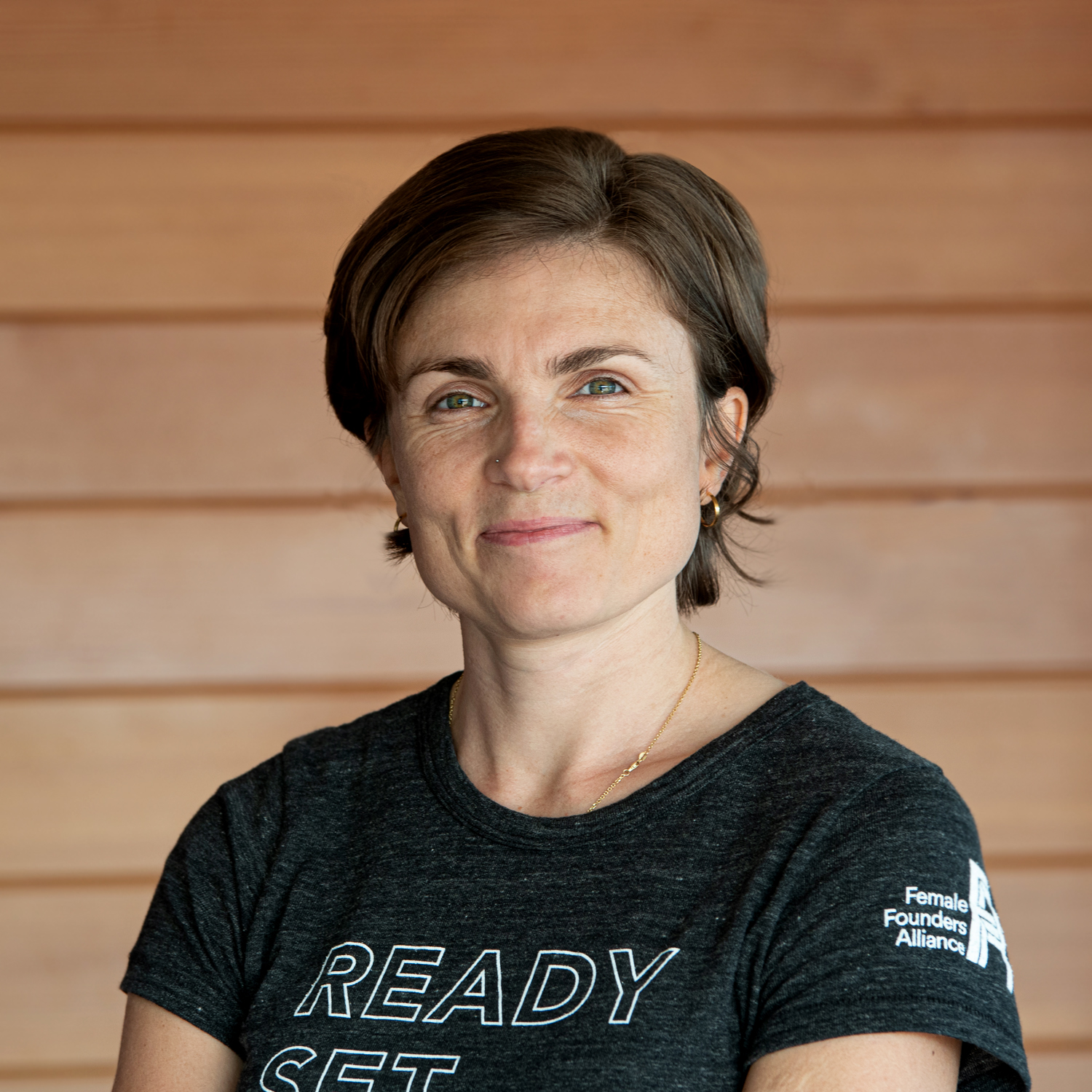 Rohre, our COO, is an athlete, coach, entrepreneur, and polyglot. She is a household name in the sport of ultimate, where she has earned five world championships and co-founded three companies.

Alongside her work at FFA, Rohre serves as a board advisor to Five Ultimate, Aria Ultimate, and the Seattle Cascades, Seattle’s professional ultimate team, which she has owned since 2015.

She is a 2019 mentee of the International Women’s Foundation Women Athletes Business Network Mentorship Program. She’s conversational in Spanish and Arabic and fluent in French, Italian, spoken Mandarin, and English. Currently, she is the Assistant Coach for the US National Ultimate Frisbee Team.

Rohre holds a BA in Chinese and Arabic Literature and Language from Dartmouth College. 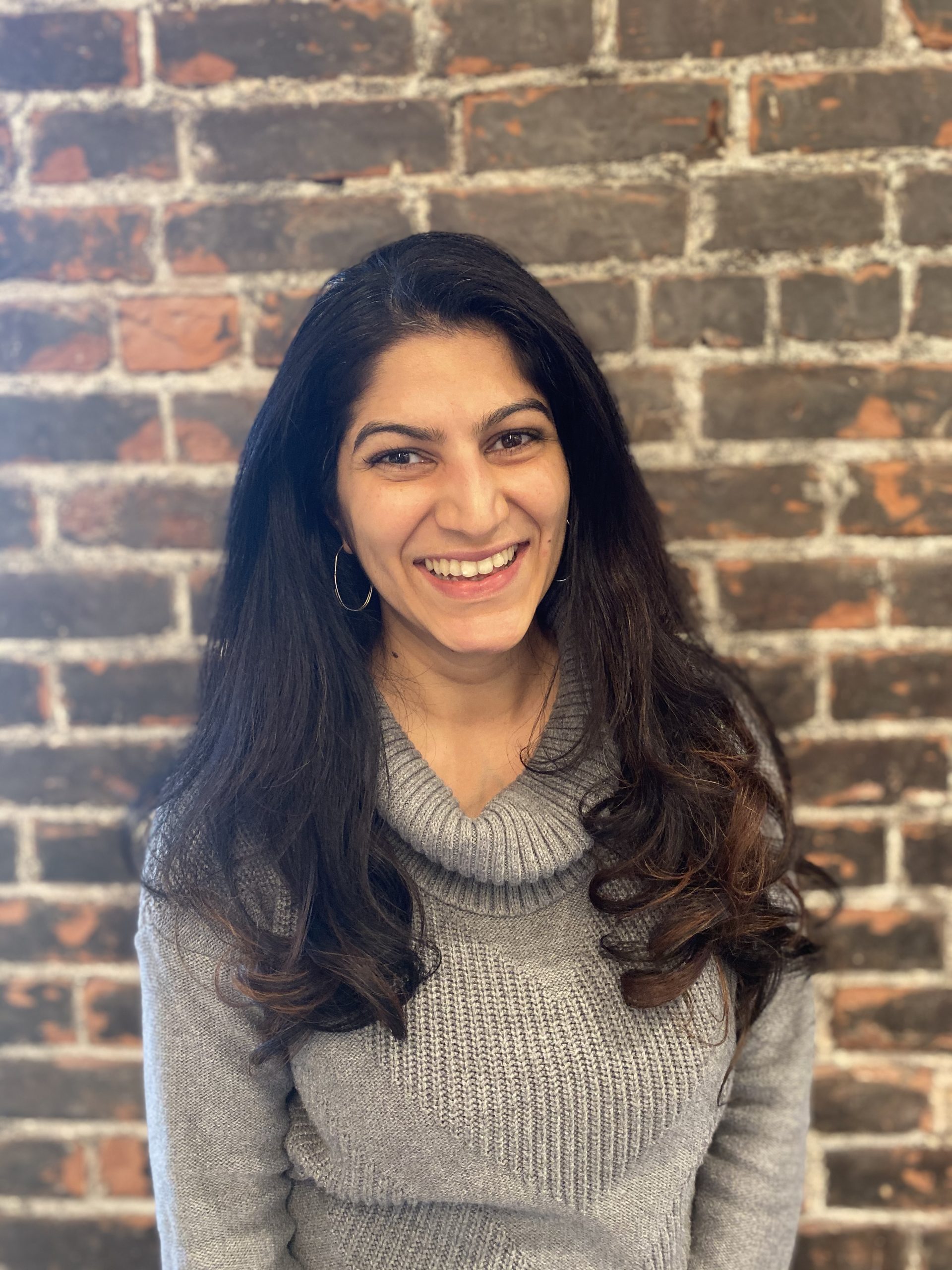 Divya is FFA’s VP of Marketing. She joins us with over 12 years of experience across retail, lifestyle and consumer brands working with Fortune 500 companies as well as early stage startups, successfully exiting her last one. She is passionate about supporting women’s careers through life change and telling their stories. An immigrant and mother of two boys five and under, she and her husband are determined to raise feminists. 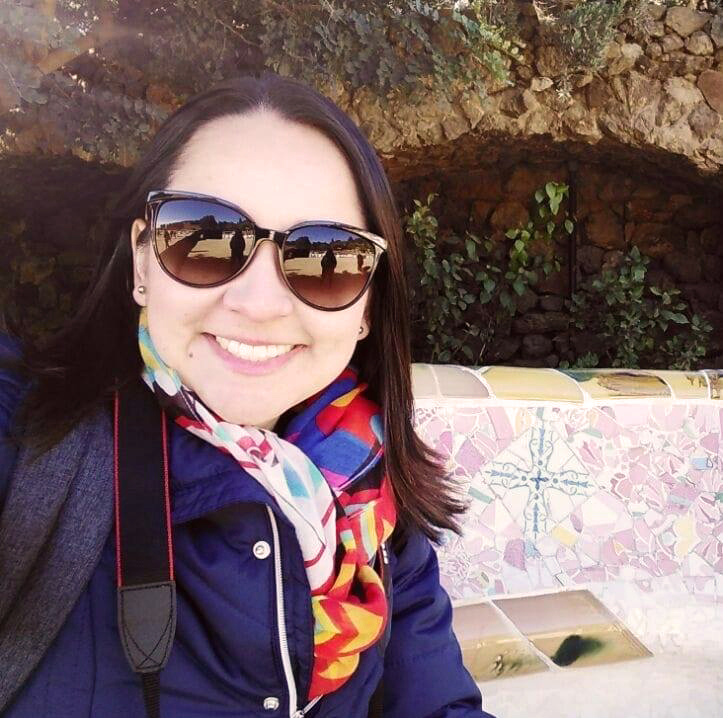 Maureen, our graphic designer, lives in San José, Costa Rica. She has over 10 years experience in advertising design, branding, packaging and social media. She herself is also a female founder who runs her own graphic design studio in Costa Rica which specializes in branding for entrepreneurs and small companies.

Maureen has been working with FFA from the very beginning (!) and nature, trekking and traveling are her passions outside of work. 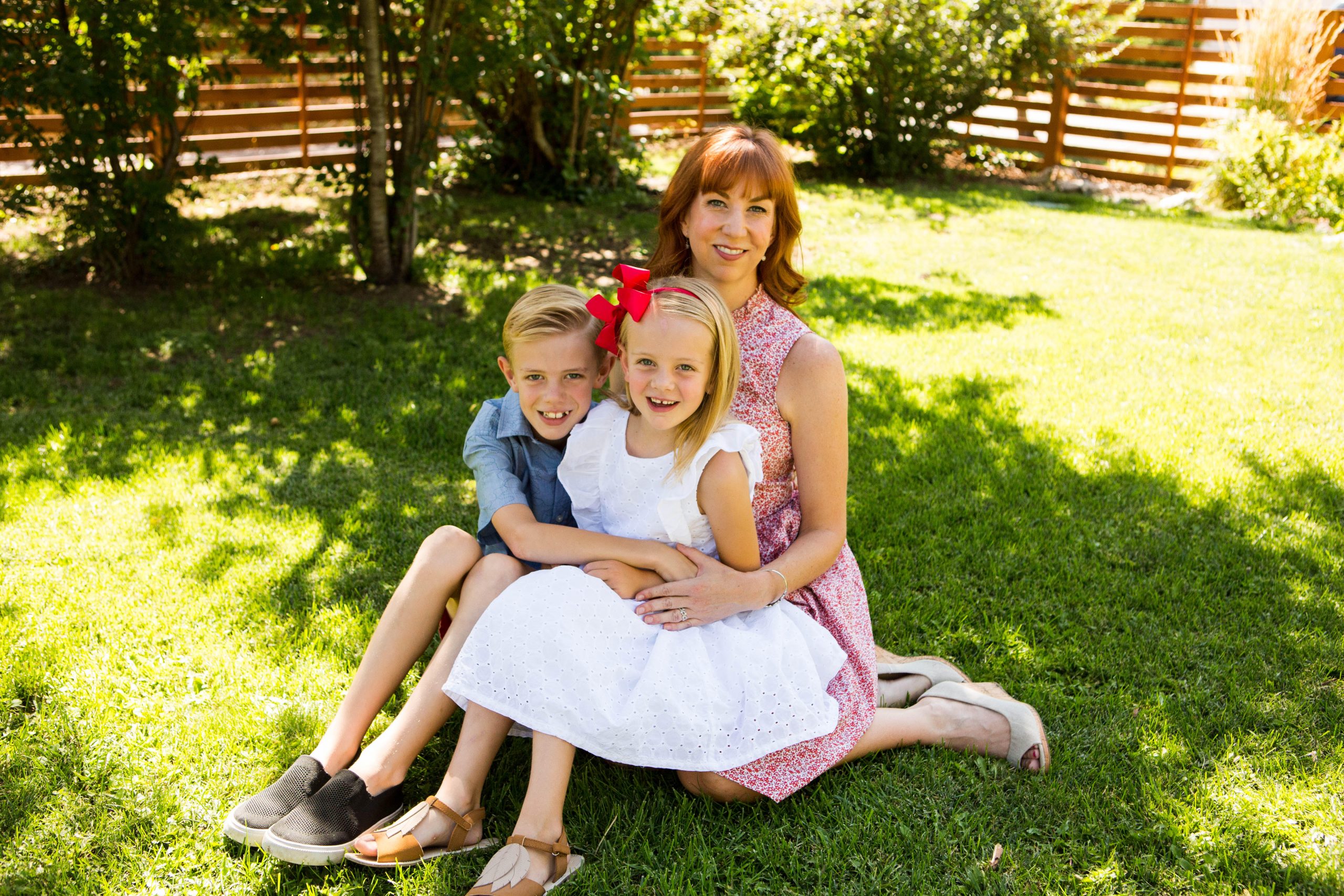 Amanda, our VP of Business Development, is a results-driven, versatile self-starter with 18 years of extensive experience in cultivating commercial relationships and strategic partnerships. After calling Denver, Colorado home for the past 9 years, Amanda and her family can be found heading to the Rockies most weekends for hiking, camping and canoeing. Amanda is a mother of two kiddos and six hens and recently renovated a 30-year-old pop-up camper with her (thankfully, still) husband, Doug. 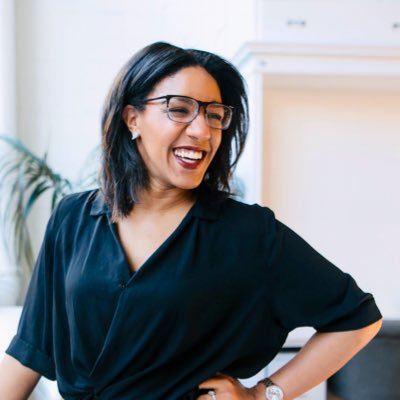 Jessica Eggert is passionate about building communities and tools that increase the economic mobility of women and underestimated people. She is the Founder & CEO of LegUp, a platform focused on keeping parents in the workforce by finding and enrolling busy families in childcare and helping daycare and preschool providers manage their operations. She also advises multiple organizations that support women and people of color.

Over the past ten years, Jessica has worked in, and led, business operations and HR for technology companies and startups across the U.S. and Europe, growing inclusive and diverse organizations at scale. Prior to starting LegUp, Jessica was the Head of Culture & Innovation at The Riveter, helping grow the company to 5 locations across two states.

Jessica is a working mom of 2 and spends her spare time with her family, mentoring and giving talks and workshops to support underrepresented women, and supporting one of her personal passions (theatre) as a Board Member of the Seattle Children’s Theatre.